NEW STAMP SAVING ARRANGEMENTS!!!!
We are now directly saving used postage stamps, which are packaged up and sent overseas to be sold as foreign stamps for a number of Community Based Charities and the Blind Children's Society

The monies raised will now be used by the Blind Society, Deaf Children and other Charities, like the Parkinsons Foundation, Cancer Council, etc and to help children learn to read and live normally in the community and at home, plus provide other aids for Carers etc..

CAN YOU PLEASE HELP!

It costs you nothing unless you post them to us and then I save those stamps tooooo… you can give them to any of our supporters or any BRASEA Rep or CLEARWING Society Rep in ALL STATES, to pass on to us - PLEASE HELP !!!!! 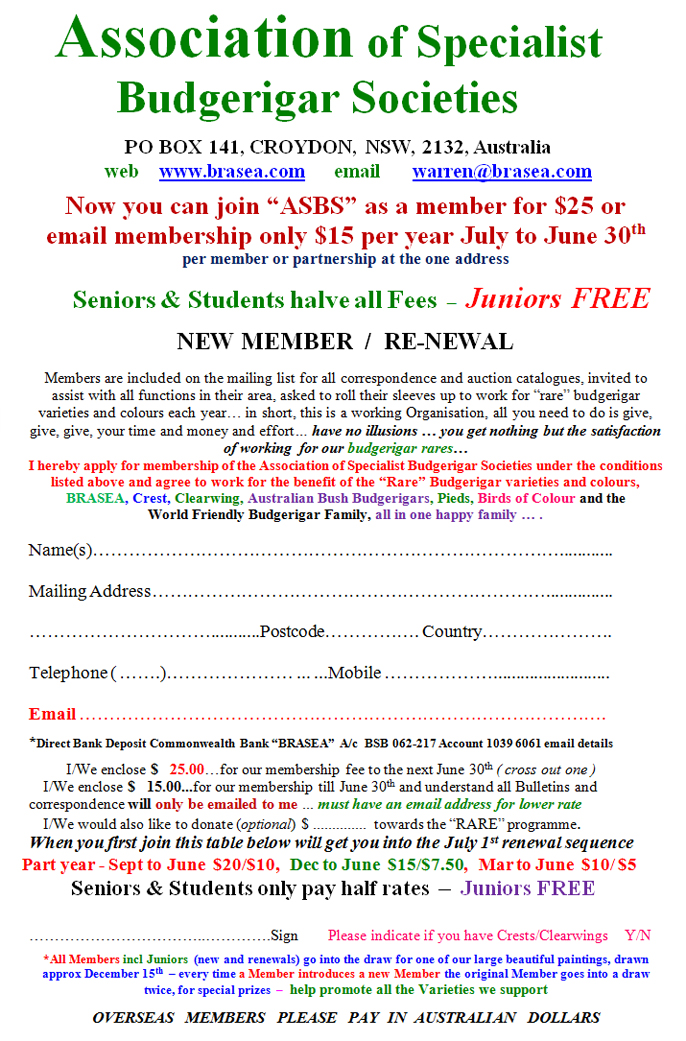 Every Club, organisation or individual who becomes a "BRASEA" member or donates a prize or cash between January 1st and December 15th each year will go into a draw to win a painting & "BRASEA" Prizes + 12 months FREE membership, valued at over $150.00.

The winner or winning organisation will have the prize delivered to them- every time you donate or renew your membership, you get another chance in the draw.

WINNERS OF THE 'BRASEA' SUPPORTERS PRIZE SO FAR ARE: